The European football league is undoubtedly one of the most popular leagues Africa, and Ghana is no exception. This year, there have been a lot of plot twists and pleasant surprises in the league.. and also in the Ghanaian music scene. So we compared the 2017 form of European football clubs to the performance of Ghanaian musicians this year. Some of the comparisons are dead ringers, others are debatable but enjoy! 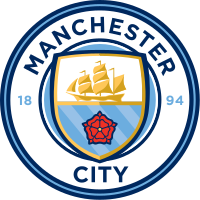 Abeiku is a motivational speaker at Farfett Foundation and a Morata fanboy. View all posts

Ghana Music Industry after The Year of Return: Fools Gold or Golden Opportunity

Davido is shaping the image of Africa through music

Burna Boy is Apple Music’s Up Next Artist

What kind of lover are you?

This diverse and dangerously confident Nigerian musician is one to keep your eyes on.

Discover more on On the Rise

Playlist of the Week