It’s enough. We’ve had enough of your spamming and your constant badgering on about how, we need to listen to your mixtape “It’s fire!”.

It probably is, but we’ve probably heard it too many times to believe you. In a post in 2016, we took a look at how on the rise artists like Okuntakinte and Mr Eazi were using social media to gain more fans and spread their music (Read here). Here are a few revamped ideas on how to sell your music on social media with some examples and illustrations. Maybe finally we can let go of  the automated messages in the DM when we follow you and the Whatsapp broadcasts. Because frankly, we’re tired of those too.  The most we’re tired of is the whiny “Stop Sleeping on Me”. Bro, we’re sleeping, cos you haven’t woken us up. So here are a few ways to WAKE US TF UP, without being too rude about it.

Try a Challenge: Social media is on fire with Challenges and it seems to really do with a theme song. #FollowTheLadder challenge in West Africa was quite phenomenal… still don’t understand why it caught a wave but it did. The Mannequin Challenge was so popular worldwide that it shot Rae Sremmund’s Black Beatles to the top of the charts. Future’s song Mask Off got popular with the Mask Off Challenge… and of course, that awesome flute! Not to stray too far from home, Wusu and Team Salut’s Lumba got a massive push from the rest of the songs off their joint Red Red project from the Lumba Challenge. Money is usually a motivating factor (i.e Okuntakinte’s Melanin Girls Challenge and Mr Eazi’s Spot the musician), but creating genuinely interesting challenges for the internet always works well.

Emoji-fy: Emojis are the shortest and simplest way of getting your message across. With one tiny icon, musicians have been able to make statements and leave long lasting memories if their music through emojis. The best example for this is Drake. After Charged up, the full battery emoji became known for the song Charged up, having been littered all over Meek Mill’s Instagram page during the epic beef of the decade. Drake understands the power of social media language and so used the Pink flamboyant emoji for his More Life Album. Don’t know if it’s just me but that emoji automatically wants to follow up every time I type in More Life. Drake fans did the same- dropping the diamond emoji everywhere when What a Time to be Alive came out. Finding an emoji to attach to your song or project helps people to easily remember you or your music more, and sends them a message whenever they use that emoji. But that’s a whole psychological blah-ness… maybe another time. 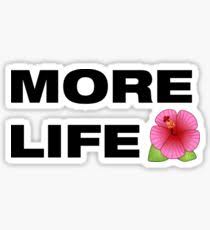 Get Meme-able: Memes! The internet sensation! And the next best thing after emojis. For this I’m gonna add Gifs and short videos to memes, because making fun of yourself and allowing people to do it too is a great way to get yourself out there. Drake does this best. Remember the dancing Drake memes? Those were sensational. And the tiny Drake memes from Views ,was another brilliant way to get his music out there.

Mr Eazi: Mr Eazi gets a whole topic on his own cos he does it so well. He stays constantly communicating with his fans on all social media platforms; Twitter, Instagram and Snapchat. Even in his videos he’s found away to market it subtly but effectively. The whole ‘Spot the Artist’ Challenge with his new Short Skirt talent was a spectacular way of promoting. Although he had done a great job using a team of some of the most popular teens in the video: The girls from BKCHAT. Plus the recent competition with Makeup artists using his song in their tutorials for free Makeup… brilliant. Don’t forget the dancers… and more recently a show for creatives in the UK. Mr Eazi’s team definitely understands the things that carry weight in the social media world and they capitalize on that. From Dancers, to YouTubers to Makeup artists to creatives and young entrepreneurs… plus the constant communicating and conversing with fans … Mr Eazi has nailed this social media thing.

Narrow in on Influencers: Social media influencers have more power online than anyone else. They are viewed as the tastemakers and the cool guys. Whatever they say goes, and they can prove to be pivotal in your quest for topping charts. You can go the easy way and get some social media influencers to post your music or tweet about it, but make sure it’s as genuine as possible and the sentiments are true. Fake praise and forced hashtags are really see through and won’t be a good look for you. You can also choose to go the extra mile and create a scandal to boost your music sales (or streams). New-on-the-Scene Blues singer, Maayaa from Ghana recently used this approach to boost the listens on her second single. Reaching about 2000 listens in 24 hours. She harnessed her own popularity on Twitter and fused it into a “fake relationship” with another popular twitter account to promote her song ‘You‘. Peeking the peoples interest with her promo pictures, she channeled their curiosity into plays on her Soundcloud. Now, that’s some mad marketing. Remember, the idea is not to trend. Trending is cool, but if your name on the trending list isn’t generating into streams or music sales or ticket sales…then whats the point?

Mayaa and an Influencer for promo shots for single “You”

Social media is the cheapest and most affordable way of sharing your music and helping it reach more audience. For an independent artist, its possibly the best way to get more recognition for your music. If you’re buying followers or always spamming your followers with music, how are you reaching new fans and making money of project sales or shows? Communicate, communicate, communicate! Talk to your followers, share your opinions on issues, show bits of your journey eg. your songwriting notebook.

Also, connect with other musicians, producers and tastemakers. Don’t have too much of an ego to reach out for help or for a collaboration. If you dig a person’s sound then share the vibe. There’s a whole lot of room at the top for everyone.

The key part of Social media marketing for your brand as a musician and for your music is to let it be as real as possible. Let it infinitely be a reflection of who you are, what your sound represents and why you create what you create.

You should be paying attention to Victony

With a unique voice and a knack for storytelling and songwriting, Victony is one to bet on. As the

We caught up with Kiddblack and talked about Music and Ninja Gaiden, his most recent project. Here&#